AUGUST and how good it was... 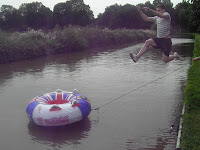 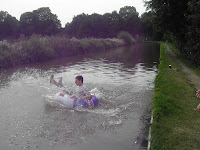 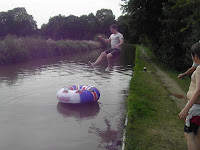 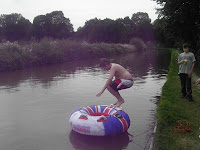 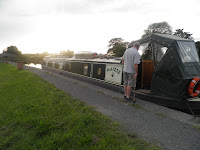 Well we spent our August doing quite a bit of road travelling as we have been finding and buying two properties to rent out and getting agents to show us houses on the same day was a apin and rarely happened. We seemed to be back and to every other day and it's been a pain. At the same time we have been travelling from Chirk back off the LLangollen to Barbridge as i speak. We took it slow and in fact it has been a month now since we left Chirk.
We couldn't help having a muse down the Montgomery but only went as far as the Queens head before we returned, we were on there for a week in all.
From there we went to Ellesmere, Whixhall, Grindley brook, Wrenbury and finally Barbridge. We have moved more this month thanwe have for ages and I much prefer going slower.
It has been nice to meet other liveaboard continuous cruisers who have been o the water so much longer than us and not so nice meeting one gentleman who had a go at my hubby who said " i hope your paying your council tax." I understand in one sense but everyone has the option to do what were doing but it isn't an easy option and which council would we pay it to anyway. Tim just said we have two houses also so you needn't worry.
Our animal recues have continued with cows in the water at Chirk, a calf that managed to get through a pedestrian gate at whittington and yesterday a labrador that was 7 miles from home who we gave a lift home on our boat!!!
We have also bought a motorhome which is going to come into it's own while we renovate the houses, the eventual intention is to venture over to France for a couple of months next year once work has completely finished.
I have posted a few pics, I know the water isn't clean but boys will be boys!! It was funny
Posted by Unknown at 14:06 No comments: